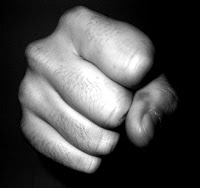 It has been awhile since I last wrote and believe me there has been a lot going on, but because of all that I haven't had the desire to write. But today, something happened that I need to write about.
My day's of being a stay at home mom have to come to an end, at least for a short while. So for the last 4-5 months I've been looking for a job. I've applied at your basic part time job locations like stores, banks, and theme parks. Just something that I can get to help pay off debt. I recently began applying for full time office positions, but nothing came of that either. I began to contact my "connections", really just family and friends that might be able to help. So, my sister in law sent my resume to her human resources manager and I got a call. I met for a first interview for a position in administrative support for sales and it went well. While waiting for an answer on that position, I got another call for a different position, reservation agent. After interviewing for that position I was really excited about it and was hoping that I would get it.
Sure enough, today I got the call at 2:06 in the afternoon, the words that were spoken at the opposite end of my phone were music to my ears, "I'd like to offer you the position." Though a bit nervous about going back to work, I was excited to finally get a job and it was a position I was really going to enjoy. At that moment a huge burden was lifted off my shoulders and I could breath a sigh of relief, finally things were going to get better. After a year of one negative experience after another, this was the beginning of good things to come. I was starting to get myself psyched and mentally ready to start working on January 3rd.
But that excitement soon came to a screeching halt when the burden that had previously been lifted off my shoulders came crashing back down, now weighing twice as much. Two hours after my first call, I received another call in which I was told that they had to retract the job offer because both positions had already been filled. Apparently, the director of that department, whom I never interviewed with, made his decision to offer the position to other more "qualified" candidates. Talk about having the rug pulled out from under you or being sucker punch in the stomach when you least expected.
I was shocked and baffled, there was nothing I could say, nothing came out of my mouth, only tears ran down my cheeks. I mean what are you supposed to say, "it's okay?" No it's not okay you offered me a job and then took it away. After they pulled the rug out from under me I fell flat on my butt and it's been hard to pick myself back up today. I know that I have too and I'm going to but it sucks, I have never had this happen to me. Life goes on and so will I.