Disney races are a big deal! I never knew just how popular they were until the year I was left out of the Wine & Dine race because it filled up in a matter of two hours. It was now 2017 and I was not going to let that happen again. I sat anxiously checking the time every 5 minutes waiting for 12 o'clock. I had both my laptop and phone open to the RunDisney registration page. As the clock struck twelve I rapidly jumped on! Jackpot! I was able to register! 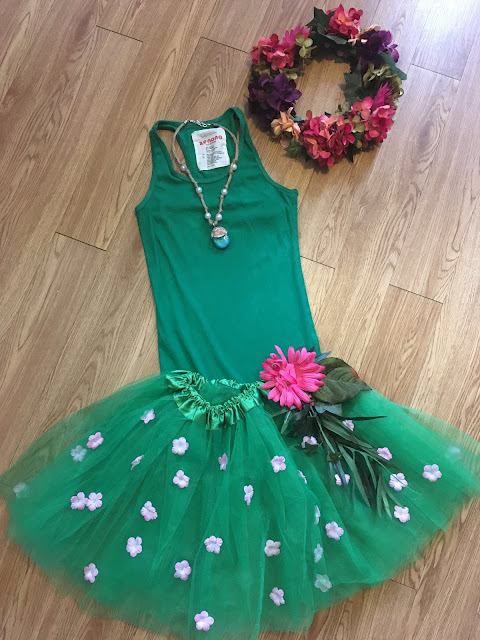 Now that registration was behind me, it was now time to think about the most important part...what costume was I going to wear! My favorite part of Disney races is dressing up and finding awesome costumes.

My friend and I kept going back and forth on what costumes we should run in.  Our first idea was to run as cute snowmen, thinking the theme would be Christmas once again. But the theme had changed and it was now going to be Fall Feast. Our first thought about going with Beauty and the Beast characters because of the food theme. After tossing many ideas back and forth, we landed on Moana, not because it's about food but it was a cute theme for our entire family to do.

The inspiration of the Moana theme came when Rebecca found a super cute Moana running outfit, on Etsy. So she would run as Moana and I would be Te Fiti. I looked and searched high and low for a Te Fiti running outfit, but I had no luck, not even on Esty. So I had to get creative and decided to make my own. I like being crafty and creating my own designs so this was a task I was ready to take on. 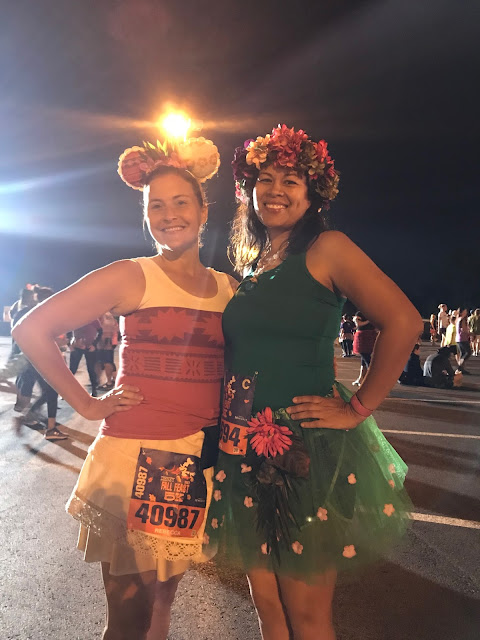 What you will need for your TE FITI running costume...

Because Te Fiti is all green, the costume need to be completely green. I chose to use a running tank which I found at my favorite place to shop, Amazon. I like to ware a tutu in races because other than being a ballerina when else can you rock a tutu. I chose a green three layer tutu... also from Amazon... nothing too fancy since I would be running in it. Because the tutu is semi see through, I wore green running shorts underneath. 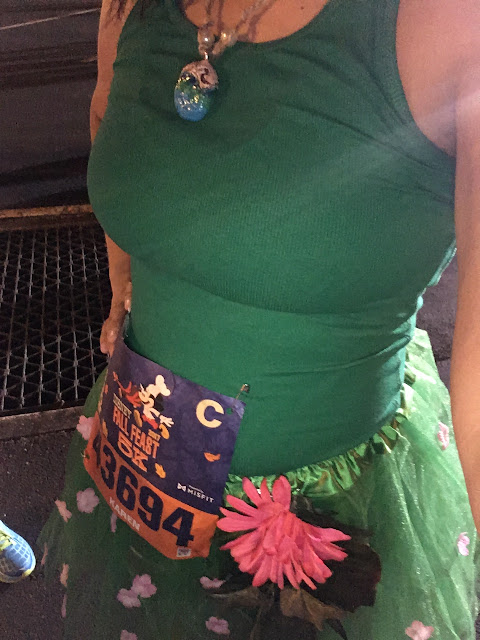 On the tutu I hot glued pink flowers that I had bought a while ago from Micheal's. You can use any artificial flowers you may have laying around the house. The one thing I do not suggest is incorporating ivy into the costume, use any other foliage. The ivy makes the costume resemble Poison Ivy's costume.

Next was making Te Fiti's flower crown. Originally, I had envisioned something simple that had some leaves and pink flowers, but when I started to work on it, I may have gotten a little carried away. But I loved the way it turned out... it's beautiful and full of big flowers. 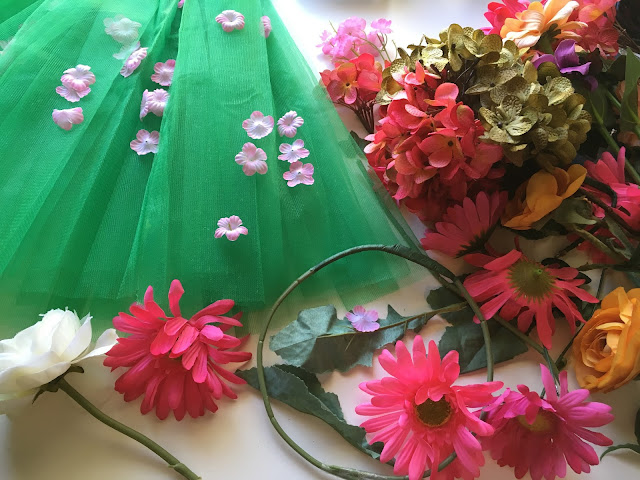 The first step to making your own floral crown is to get a crafting wire that is 13-16 gauge and twist into a round shape. This wire can be found at any crafting store like Hobby Lobby or Michael's. You can also use a wire hanger if you can't get wire.

After you have made a circular shape, wrap it with green floral tape. I wrapped it about three times to make sure it was secure. Next, with a hot glue gun I added a verity of foliage and flowers all around the crown. Vio la... it's that simple! You can make it any size and use any colors you chose. 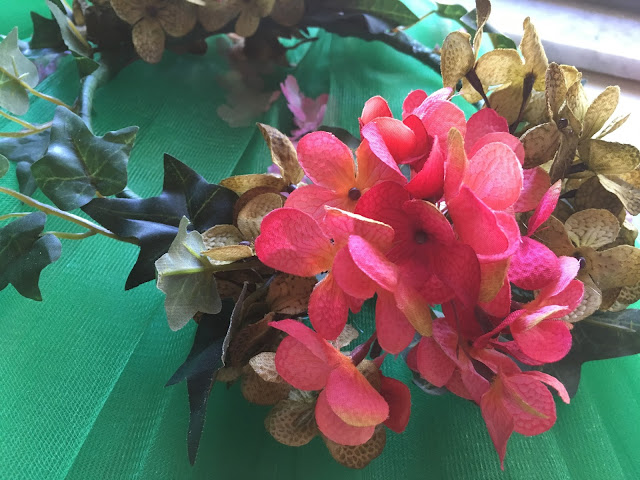 I tested the size and weight of the crown around the house a few times, all seemed good for me to run with. When race day arrived, I placed the crown on and set off on my run. TI didn’t have any problems running with the crown, it sat perfectly on my head, I didn’t even need bobby pins. 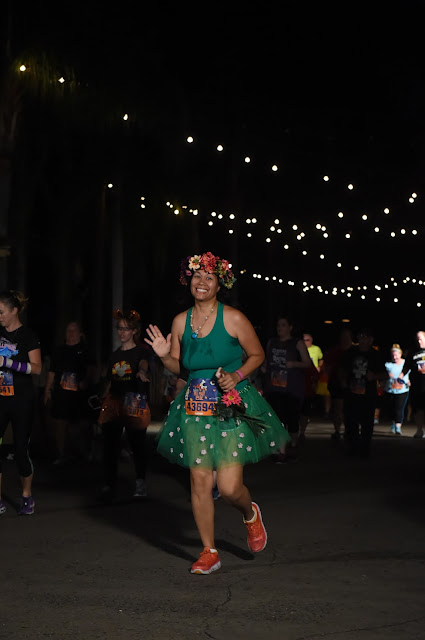