MAY THE FOURTH BE WITH YOU: STAR WARS DARK SIDE 5K 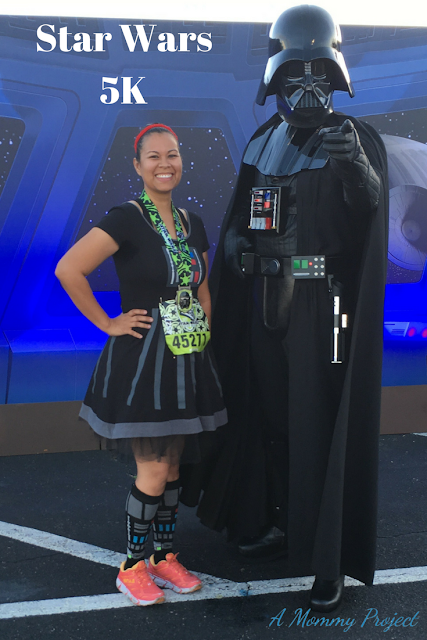 My relationship with running is truly a love hate relationship. As I’m training for a run I hate it, absolutely hate it and wonder why I do this to myself. The day of the race as I’m all dressed up and ready to run, I love it!

There is something special about being in a corral surrounded by people who love to do this. When the gun goes off, still as excited as I can be, I take off. My feelings, however, change as I hit a mile and a half, and once again I hate running. This goes on until the last leg of the race, then as I’m approaching the finish line, I love it again. I am pumped and full of adrenaline, I could run another 3 miles, because running is great!

This is my running cycle. I've said it before, I run not because I enjoy it, but because it's something that pushes me  outside of my comfort zone and it feels good to do something that doesn't come easy to me. 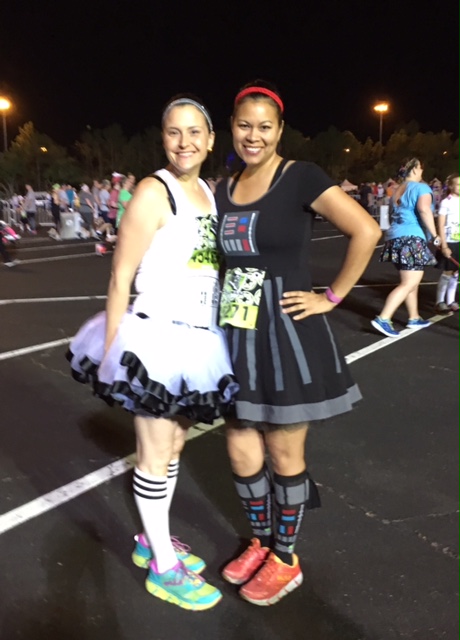 Two weeks ago I ran the Disney Star Wars Dark Side 5k. This was my first race since having plantar fasciitis. Thankfully, with treatment, my foot has made a full recovery and I was able to once again run. I was excited to run especially because it was the Star Wars Marathon weekend.

Part of the fun an allure of the Disney races is dressing up. I ran as Darth Vader and my best friend was a storm trooper.  I found a Darth Vader dress and added a black tutu underneath for puff it out.  My favorite part of my outfit were my Darth Vader socks with mini capes. 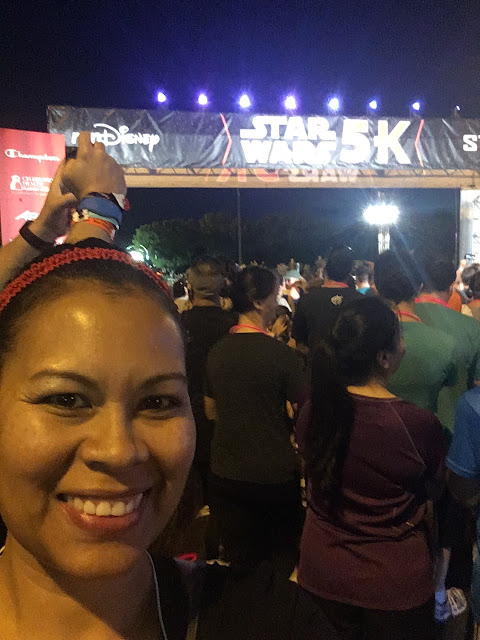 This time around I didn’t train as much as I did for my first, but since I had run 2 prior races, I thought I would be ok.  My husband also reassured me that I would do fine. I’m not going to lie, as I stood in my corral waiting to get closer to the starting line, I was nervous.  I was scared that I would get tired and walk.

For people who are runners, a 5K is a warm up, for me it’s my marathon.  Walking is simply out of the question. I was focused on not stopping, not even for water. As I came to the water station I decided to grab a cup as I ran past, not a good idea, I actually started choking on the water. So I got rid of it and just kept going. 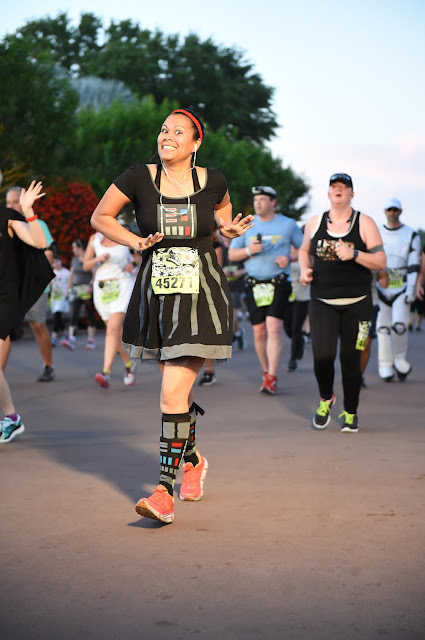 I was placed in corral C, and this time running was bit easier because most people were actually running and not creating barriers as they walked.

The Dark Side 5K was pretty neat, along the course there were Star Wars characters like Ewoks, Chewbacca, R2-D2 and others. As tempting as it was to stop and take pictures, I didn’t, I was on a mission to keep running. 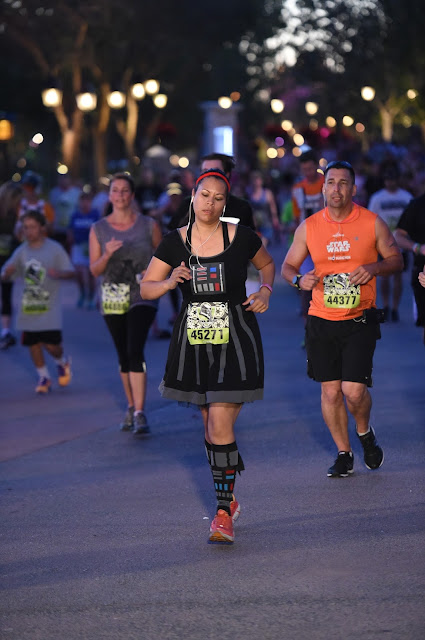 I came around the area of Soarin and there were Ezra and Sabine of Star Wars Rebels. Oh I really wanted a picture with them, but I was getting close to finishing and I didn't want stop and lose time. Maybe next time. Finally after what seemed an eternity I crossed the finish line before 7am. It took me about 40 minutes, which is my usual time, but I ran the entire 3.1 miles. 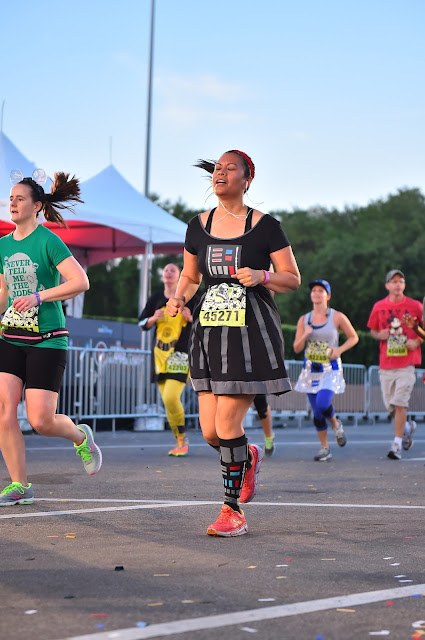 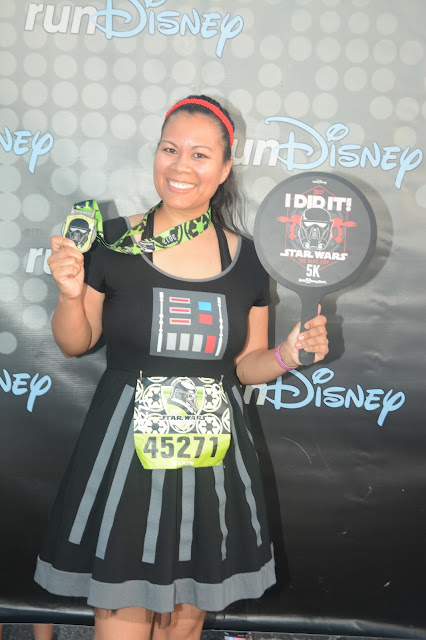 This year's race weekend was especially exciting for me because my boys were also running. They all signed up for the kids races. My youngest, who is 4, ran the kids 200m dash alongside his best friend. They were running as Han Solo and Princess Leia, the cutest Han and Leia ever! My older boys ran the mile. 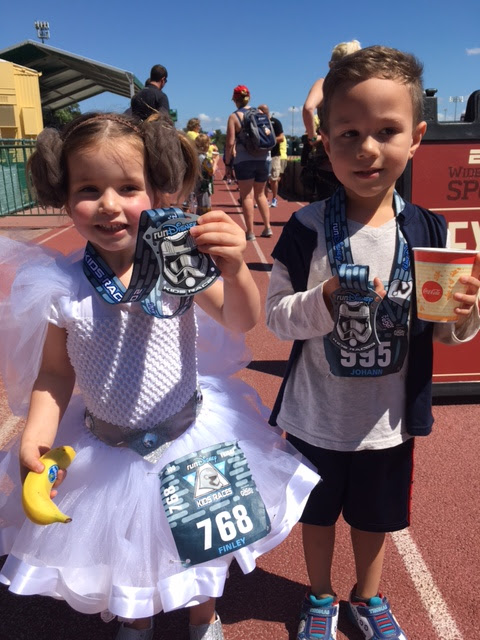 My oldest, Sebastian, dressed as Director Krennic and Giovanni was an X-wing pilot.  The day was hot, so by the time the kids ran the temps were up.  My little one ran the whole 200m all on his own, no hesitation, he too was on a mission to cross the finish line.

My older boys truly impressed me beyond belief. I was an extremely proud mom that day, I even cried.  We are not runners, and I had tried to get my boys out to run but it just wasn’t happening.  My oldest ran the mile on a weekly basis at school but Giovanni really wasn’t putting the effort in. 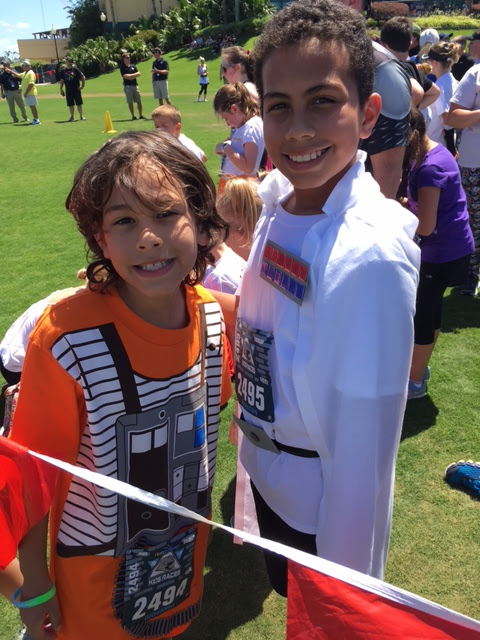 That Friday, as I stood on the sidelines, I honestly thought my boys would be the last ones to finish. I waited anxiously holding my phone to start recording, when out of the final turn I see a kid dressed in orange come around running like the wind.  That was my kid, it was Giovanni! And just a few minutes after came Sebastian.  I could not believe that my boys had run a lot faster than I thought they would.  They both ran a much faster mile than I did.  I was and still am so proud of them. 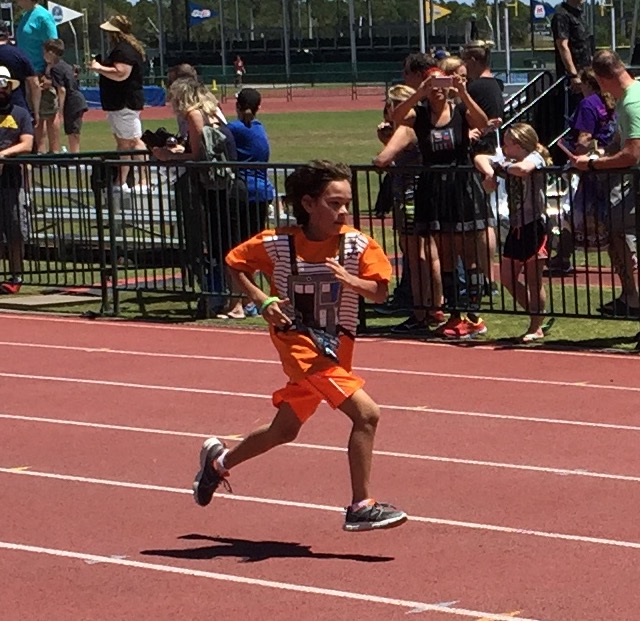 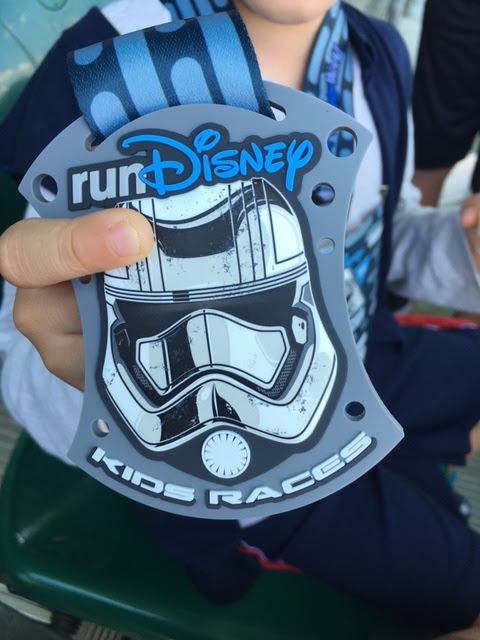 There is something special about being part of a race. The more races I run, I can see why people enjoy this, why races are sold out, and masses gather to run.  I still don’t enjoy running, at least not for fun, but I do enjoy racing. I have a race in November, the Wine Dine 5K. Having running goals makes the running part much more bearable.