OUR TRIP TO LEGOLAND FLORIDA 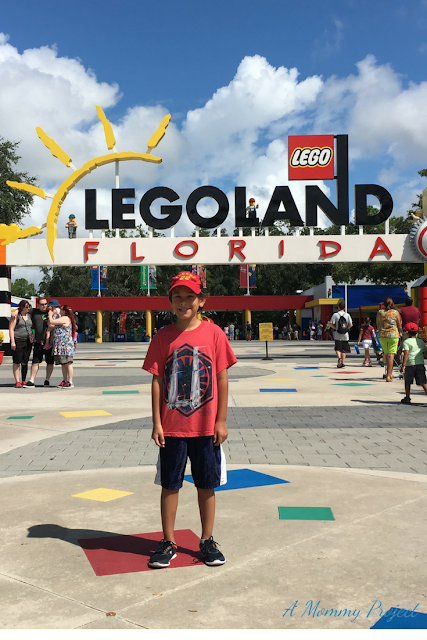 If you haven't yet been to LEGOLAND, I encourage you to go. It's was a fun place to visit. Last year we took our 9 year old son to LEGOLAND Florida for his birthday, he had been waiting forever to go to there.  He is a HUGE Lego fan, so as you can imagine, this trip was a dream come true for him.

LEGOLAND is a theme park where everything is LEGO.  It's like walking in a giant display of LEGO's. I was a bit worried that the park would be crowded because it was Labor Day. I'm used to attendance being high at our local theme parks (Disney) during that time of the year. Fortunately, it was not too busy. 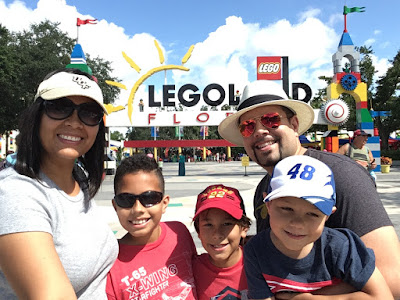 I thought the park was laid out in a way that people were spread all over, making easy to get around.  It was so nice to go to a theme park that was not crowded and where we didn't have to wait in long lines. The longest wait was about 15 minutes. The weather was also pretty nice, not too hot and not too cold. 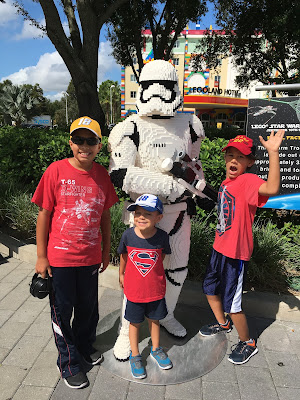 My husband had previously been to the park back in 2012, when it first opened, with my oldest son on a school field trip. So he was a bit familiar with the park. He suggested that we start at Fun Town to try their original Granny's Apple Fries.  This delicious treat consists of fried Granny Smith apple fries with cinnamon sugar and a side of sweet whipped cream sauce for dipping. You can even have them a la mode! I have to say they were quite yummy! 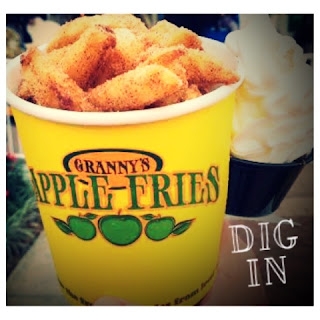 The website says that park is geared for children ages 2-12, all of my boys are within the age range so they all had a great time. And though I'm not 2-12 year's old, I too had a fun time going on the rides with them. My youngest son enjoyed Duplo Village.  There he was able to be the conductor of the Duplo train ride, that made his day. There were also giant Duplo minifigures, a tractor ride, and a farm. 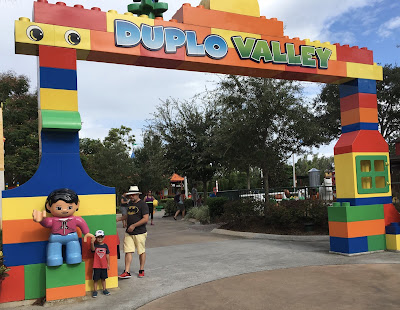 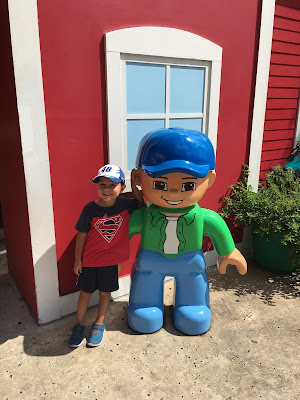 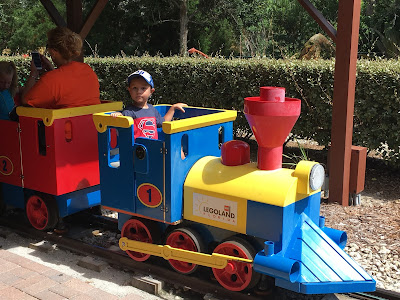 The park has different areas to explore. After trying the Apple Fries, we ventured through Duplo Village, I stayed with the youngest, while my husband and older boys went to LEGO Kingdoms and The LEGO Chima World.  We then met up to go on a water ride at Chima World and then The Dragon coaster over and over. 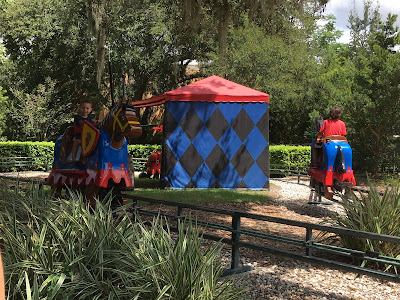 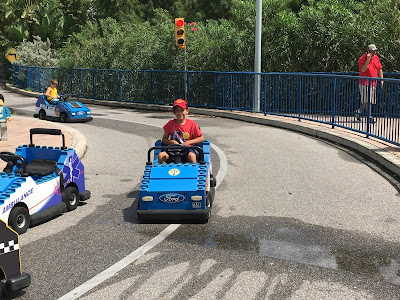 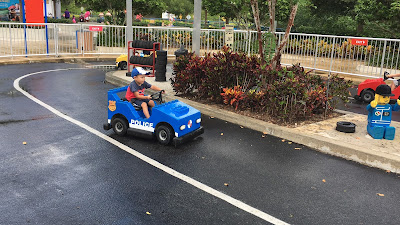 Another popular ride is Boating School.  As we waited in line, I wondered what was go great about this ride?  All I saw were people coasting in the water on these boats that went as fast as the ones in It's a Small World.

Then it was our turn, I went with my oldest and youngest and the birthday boy went with his dad.  My boys were fighting about who was going to drive. I let each one take a turn and then I took over as they kept crashing into everything in sight. My husband was in front of us and he too was letting our son drive and he wasn't doing any better either.  I began to pull up close to their boat and that's when the fun started.

My husband and boys are very competitive, so when he saw me coming he took over and it became a race. And there is nothing we love more than racing.  We battled back and forth, I'd go in for the pass and he'd block me.  At one turn I almost had him, had there not been another boat in front of him slowing us all down, I would have taken the lead. What I thought was going to be the least exciting of rides, turned out to be one of the funnest.  We laughed so hard and had such a fun time driving those "slow" boats. 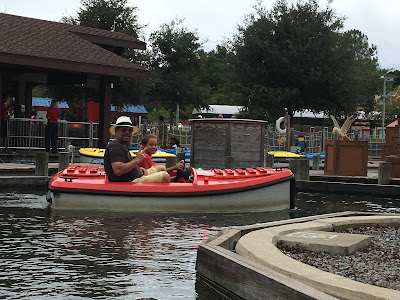 My favorite part of LEGOLAND was Miniland USA.  It was the one place I wanted to see during my visit and it did not disappoint. I could have spent all day there.  It was one of the coolest things I've seen.  There was such a variety of mini builds from Star Wars characters and mini movie sets to recreations of cities and iconic places.  Miniland USA was impressive!


It is definitely a fun park to visit, especially if you have little LEGO fans. The park is located in Winter Haven, Florida which is about an hour from where we live. There is also a water park inside as of LEGOLAND (separate admission). We got to the park at 11am, an hour after opening, we didn't feel rushed and getting into the park was easy. 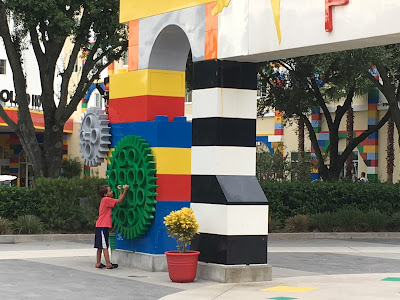 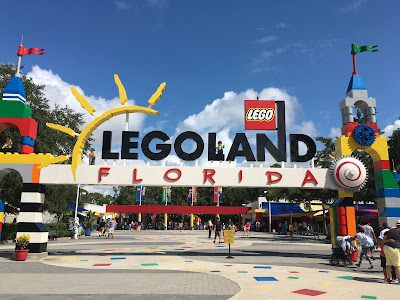 Though I feel the price is a bit high for the size of the park, they do offer good deals for Florida residents and buy one adult get one child free, so 2 of my 3 boys were free.  For all of us LEGO fans big or small, this was a cool experience was definitely enjoyed. It was one of the happiest days of my son's life.